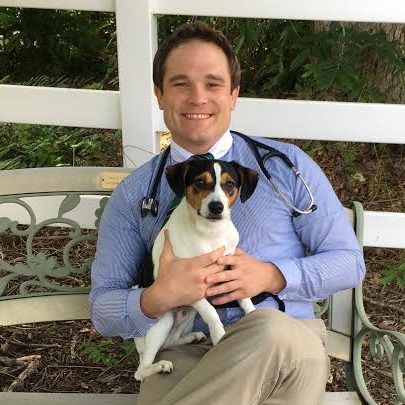 Dr. Kilgore has been a part of the Springfield Veterinary Center team for many years working as an assistant when home from school, so his face may look familiar! However, he is excited to be finally joining us as a full-fledged veterinarian and we are happy to have him.

Dr. Kilgore has a particular interest in Ophthalmology and dreams of one day traveling in his free time with his partner Lucy performing charitable veterinary works in impoverished nations. Outside of the clinic, Dr. Kilgore is an avid rugby player and fan having played around the world during his travels. He is particularly a fan of the London Wasps Premiership Team having played for their amateur club while living in London. He is thrilled to be back at Springfield Veterinary Center bringing unique contributions after enjoying his experiences and education abroad. So, if you and your furry friend see Dr. Kilgore keep your ears open for a few odd British phrases!